Amazon HQ2 fever? Make it for STEM education in Pittsburgh 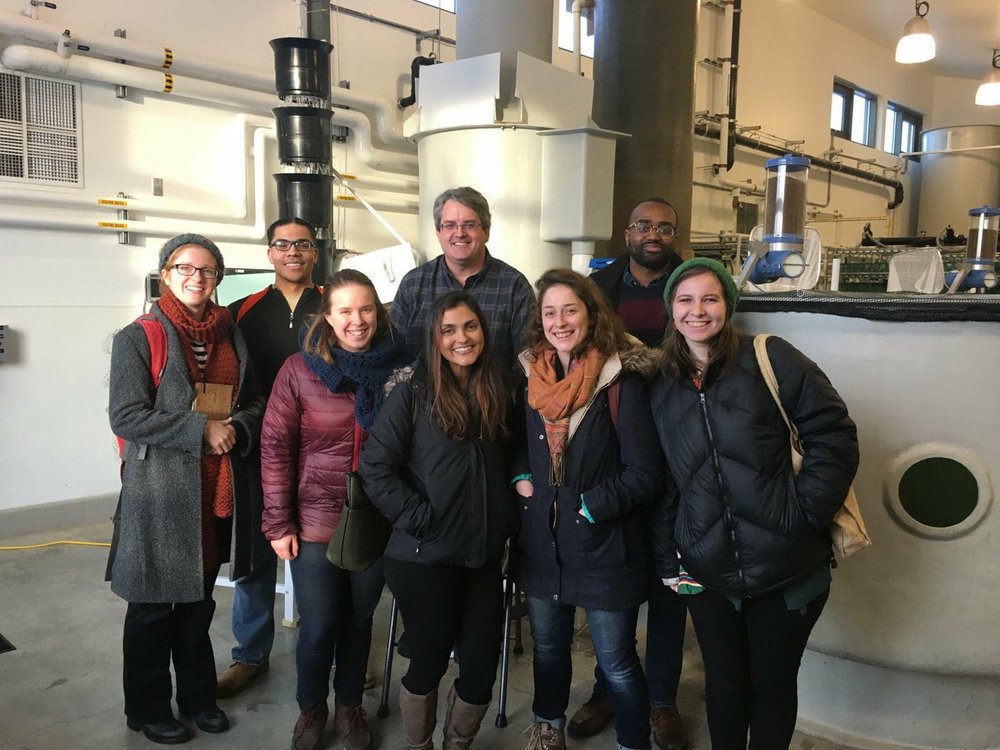 USING GOLDFISH TO RAISE VEGETABLES—AND A NEW GENERATION OF SCIENTISTS

People to meet in 2015: 10 people making their mark on Pittsburgh

A door opens on North Side

Amazon HQ2 fever? Make it for STEM education in Pittsburgh

Check out Quincy and Cecilia's opinion piece published March 16, 2018 in the Pittsburgh Post-Gazette

We’ve all heard the speculations on which city will score Amazon’s HQ2. After being included on the shortlist back in January, Pittsburgh is abuzz with excitement and aspirations of hosting the tech giant and landing the 50,000 jobs it promises. City officials have already leveraged $500,000 on the Amazon bid and are busy negotiating whether or not to release the contents of their offer. Vacant lot development on potential office sites continues, and real estate prospectors are banking on rising property values across the city.

But amid the clamor, we still have a few questions. Does our city have a strong enough foundation to support Amazon’s influx without leading to high levels of economic and racial inequity? How would Amazon’s arrival in Pittsburgh impact housing affordability, employment access, and overall livability of “the country’s most livable city?”

Currently, over 50% of housing units in Pittsburgh are occupied by renters (US Census). Furthermore, according to the city’s 2016 Housing Needs Assessment, there is a city-wide deficit of 14,896 units available for extremely low-income households. National research conducted by Apartment List suggests that Amazon’s HQ2 city will experience an 2% increase in rental rates annually. Pittsburgh’s population is at risk, with research placing the city’s projected rent spikes among the three highest on Amazon’s short list. This trend would fuel displacement on a scale beyond even what has been seen in Lawrenceville, Manchester, and East Liberty. To see who would be impacted, let’s examine Amazon’s current workforce data.

Nationally, 48% of Amazon employees are white compared to 21% Black, 13% Asian, and 13% Hispanic. However, within higher-earning manager positions, the demographic data shifts are dramatic; the percentage of black staff in managerial roles plummets to a mere 5%, while we see an 18% increase of white managers. A cursory look at the data already demonstrates that Amazon’s jobs, especially the high-earning positions, are not equitably accessible.

Any approach to the Amazon bid that trades tax-breaks for jobs without a focus on housing and employment equity is selling our city short, sacrificing the opportunities of all residents to offer economic gains for those already in elite fields.

We need a change. In the words of Chris Hopfensperger of Software.org. “What if we could replicate the frenzy over Amazon's HQ2 into a frenzy over STEM education, workforce development and technical training, and broadband access?”

Take, for example, computer science, the STEM field with the most significant projected growth nationwide and an estimated 1 million job openings by 2024 (Bureau of Labor Statistics, 2017). 99% of these jobs will require a post-secondary degree, and current computer science graduation rates can’t match growth in the sector. Closer to home, STEM occupations currently make up 6.7% of all jobs in Pittsburgh, slightly above the national average of 6.2%. And these numbers are still on the rise.

The health, vitality, and future of this city will not come from the $5 billion investment promised by Amazon. It will spring from our long-term investment in education, job training, and equitable resource access. Partnerships between schools, non-profits, foundations, businesses and local government must skyrocket, putting the support of our young people first.

We must raise up a new generation of skilled tech professionals, innovative conservation enthusiasts, doctors, teachers, artists, and social workers. It is time to invest within, in our city’s youth. This means support of public schools, after-school and summer programs like YouthPlaces, and all youth organizations, like Homewood Children’s Village, that promote innovation, learning, empowerment, and career-readiness. It means using foundation dollars not to attract multi-billion-dollar corporations but to support the passions and futures of our children and youth who will make multi-billion dollar companies want to be here.

Here at The Door Campaign, we aim to open doors of opportunity, doors of access, doors of success. As we create educational spaces in the City of Pittsburgh by promoting hands-on STEM learning, we channel resources straight to our students. A majority of our students are black, and most straddle the poverty line; we encourage socio-economic and racial equity in education by equipping our students with the skills to succeed in our ever-changing environment.

Over the past few months, we’ve seen dominant teams form and work diligently to attract Amazon to our city. How do we show that same energy and focus, putting Pittsburgh’s youth at the center of a new city-wide collaboration for STEM education and achievement?